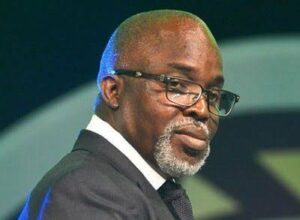 The new Super Eagles coach will be named latest Thursday, the Nigerian Football Federation has said.

The president of the country’s football body, Amaju Pinnick, told a local media that Portuguese born Jose Peseiro is one of the leading contenders.

The NFF had sacked Gernot Rohr in December 2021 after failing to meet expectation. He was with the team for 64 months.

The NFF appointed Austin Eguavoen who led the Super Eagles team that finished in third place at the Africa Cup of Nations in Egypt back in 2006 as interim Technical Adviser.

The governing body of the NFF had in December last year picked Peseiro as the new coach, but Eguavoen was retained to lead the Eagles to the African Cup of Nations and World Cup Qualifiers where the team lost both.

“All the minister wants is fair play and not just Peseiro, he wants us to weigh other options and we will be announcing the new Eagles coach latest by Thursday,” PUNCH quoted Pinnick.

He added, “I don’t know who that will be yet, because we are talking to many of them and we’ve had zoom meetings with them.”