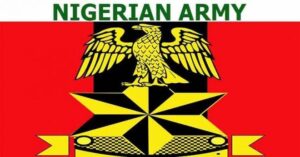 The Institute for Peace and Conflict Resolution (IPCR) has pledged to collaborate with the Nigerian Army Resource Centre (NARC) to find practical solutions to insecurity confronting the country.

The projects were meant to strengthening the corps security and improve its capacity for administrative purposes.

The projects that were commissioned included the refurbishment and repair of 22 ‘B’ vehicles that have contributed immensely to the accomplishment of the tasks of the corps.

Magaji also repaired and refurbished 12 low beds (tank transporters) and sunk five boreholes in the cantonment, which were also commissioned.

He also commissioned the installed Solar Street Lights in the barracks and the beautification of the barracks gate and befitting sentry posts at the two gates with street lights.

The Commander of the Armoured Corps (CAC) explained that the commitment of the corps in the refurbishment of the vehicles would definitely go a long way in improving the operational capabilities of the army’s personnel.

He lamented that “some of the vehicles were unserviceable for more than 10 years and some beyond repairs” but expressed happiness that the refurbished vehicles would help to equip officers that would be deployed to the war zones with healthy vehicles to perform well.

YOU MAY ALSO LIKE:   FirstBank Rewards its Verve Card Holders with Free Fuel

The CAC commended the officers and men of the corps for their support and hard work and urged them “to continue to be committed to their professional mandate towards discharging their statutory duties.

“Wherever you find yourselves and in whatever capacity, you should add value, contribute your quota to impact positively to that environment. I am building on the structures I met when I came here to add value.”

YOU MAY ALSO LIKE:   Where Does Obaseki Go from Here? by Temilorun Asorobi

Magaji also noted that “the importance of water to human existence cannot be over emphasised, and in order to ameliorate the problem of water shortage in the barracks, we sunk five boreholes to solve the water problem faced by personnel in the barracks.

“And because of the epileptic power supply in Bauchi and the need for clear visibility for enhanced security at night, we installed 41 solar street lights from the main gate to the VHU. This has indeed illuminated the environment hence improved security,” he declared.

In his remarks, the Commandant, Nigeria Army Armour School, Major General Benjamin Olufemi Sawyer, commended the NAAC under Magaji leadership for exhibiting high level of commitment, dedication, preparedness and above all, resolve in initiating and executing people-oriented projects that would impact positively in the lives of personnel in the cantonment.

At the commissioning ceremony, senior military and paramilitary officers from the state were present to add colour to the event.