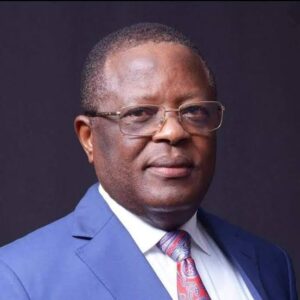 The Governor of Ebonyi State David Umahi and his deputy, Dr Eric Kelechi Igwe, are now banking on the Court of Appeal after the Federal High Court sitting in Abuja on Monday struck out their stay of execution application filed against their sacking by Justice Inyang Ekwo.

THE WHISTLER reported that the trial court had on March 8 ordered the removal of the duo over their defection to the All Progressive Congress despite winning the governorship election under the Peoples Democratic Party platform.

YOU MAY ALSO LIKE:   Primate Ayodele Issues Strong Warnings To African Presidents

Based on that, Umahi’s lawyers had filed an appeal before the appellate court while asking the same trial court to stay execution of its judgment.

Having filed an appeal, Umahi’s lawyers sought withdrawal of their application before the trial court.

The judge agreed with Umahi’s counsel by striking out the suit.

Recall that the governor had been ordered by a High court sitting in Ebonyi state to remain in office despite his sacking.

All parties are looking forward to the decision of the Appeal Court regarding his defection.