This is definitely good news as help has finally come for the complete operations of former Nigerian youth international Sani Shehu also known as Sani Emmanuel, you will recall we reported earlier that the 2009 FIFA U17 tournament Golden Ball winner has been down with leg injury (Achilles Tendonitis), and Evangelist Bisola Hephzi-bah Johnson’s Bisola Johnson’s Foundation has been at the forefront of those trying to raise money for his treatment.

It was also well covered when former teammate and friend Ogenyi Onazi, decided to foot part of the bill to the tune of N1.4million which he had already paid into a Lagos based hospital that is supposed to carry-out the operation sometimes last week. However, help has come from a new direction has one of those who were reached by the social media campaign seeking help for him, later reached-out to the anchor of Brekete Family on Human Right Radio 101.1 FM Abuja, who in turn brought the young boy to the live programme where he was promised an all-expense paid proper treatment in Germany.

YOU MAY ALSO LIKE:   FIRSTBANK UNVEILS A FULLY AUTOMATED SELF SERVICE BRANCH, STRENGTHENS DIGITAL TRANSFORMATION IN NIGERIA

This information was made known to us be the convener of Bisola Johnson’s Foundation, who while appreciating the Brekete Family also frown at role of religious leaders who turned blind eye to his plight, the statement on her Facebook account states “Brekete Family is taking up Sani Emmanuel’s case. Shame to religious people. I bless God for this.” 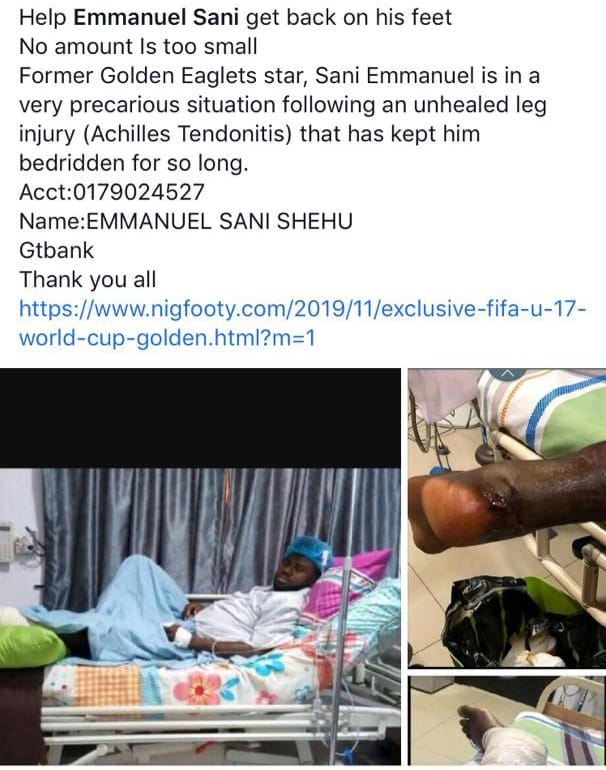