TRACE announces the next edition of TRACE Live, headlined by the legendary rap icon, Reminisce. Themed, ‘OG b4 iG’ and taking place at Terra Kulture on November 28th at 9pm, this edition of TRACE Live will shed a spotlight on Reminisce’s musical journey and take the audience through the root of his inspiration.

YOU MAY ALSO LIKE:   I Ran To Benin Republic After Discovering Buhari's Administration Might Kill Me – Banji Akintoye Opens Up

Remilekun “Reminisce” Khalidsafaru is a singer, songwriter and rapper who has immensely influenced Nigeria’s rap culture since 2008. The rapper, who blends both Yoruba and English, is considered a music industry icon, and an influence on the newer generation of rappers.

His first ever single, 2008’s “Ever Since” shot him into the limelight. Subsequently, the indigenous rapper has dropped hit singles such as “Ponmile”, “Tesojue”, “Kako Bii Chicken”, “Local Rappers” and “Oja”. The musician has 4 studio albums to his credit –  Book of Rap Stories, ALAGA IBILE, BABA HAFUSA and EL-HADJ. As a testament to his talent transcending borders, in 2014, Reminisce was featured in a TIME Magazine article which tagged him as, “one of the seven world rappers you should meet”.

Reminisce is undoubtedly a rap scene thought leader, who has been acknowledged by the industry as an OG before the influence of social media. This special combination of TRACE Live and Reminisce is sure to bring the experience of a lifetime to show goers, while reminding everyone of Reminisce’s incredible catalogue and talents.

TRACE Live, Lagos’s largest live show series, is presented by TRACE in partnership with Cabal Entertainment and Bolanle Austen-Peters. The show is proudly sponsored by Lord’s Gin, Munch It, Pepsi and Tom Tom.

Tickets are available at NairaBox.com.

For TRACE friends and fans outside of Lagos, watch the OG b4 iG live stream here.

Keep up with all things TRACE, and watch out for the next TRACE Live announcement here, and on all of our social media platforms: @tracenaija 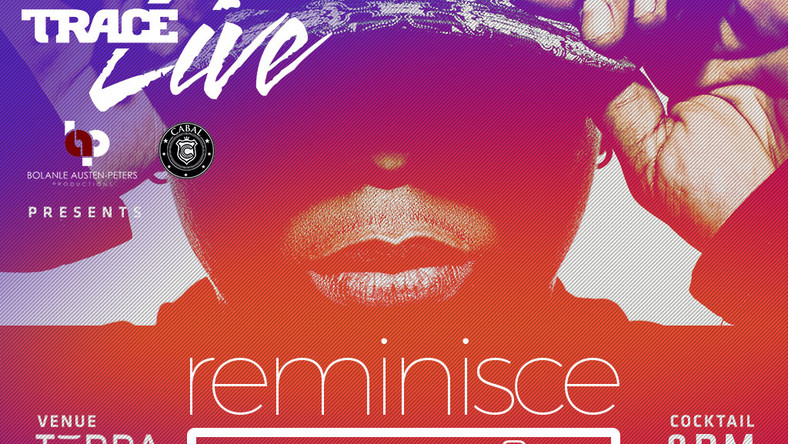 @societygazette
Previous Minister of State for Labour and Employment pays a Condolence Visit to the Family of Olorogun Dr. Ramsey Mowoe
Next Succor at Last: Injured Nigerian Football Sani Emmanuel get Help for Treatment Abroad