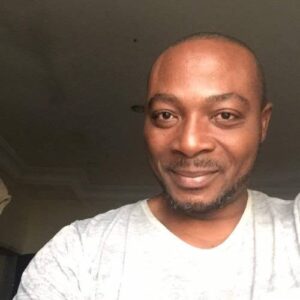 The Nigerian Police Force has denied claim by the Wuse General Hospital that it was contacted after an identity card was found on the corpse of Tordue Salem, the late Vanguard reporter who was declared missing on October 13.

Vanguard had published an interview with the Secretary of Wuse General Hospital, Mrs Hanatu Sani, on why the hospital did not notify the police after it found a Vanguard identity card on the corpse of the late journalist.

Mrs Sani had claimed in the report published on Wednesday that the job of the hospital was to notify the police, whose job it is to inform families of dead bodies brought into the hospital.

The secretary said the hospital’s mortician who received the corpse promptly called the police officer who deposited the body the previous night, to inform him about the identity of the corpse, adding that the said officer– Isaiah Olumu from Utako Division– failed to keep his promise to come back.

But a senior police officer at the FCT Command who spoke to THE WHISTLER on condition of anonymity, faulted the hospital’s claim, saying the said police officer was not contacted.

He also claimed that the hospital was supposed to write to the police when it discovered the identity of the corpse.

The officer said, “I don’t think the mortician is saying the truth because immediately the incident occurred, a signal was sent to the command stating that an unknown person was hit by an unknown driver.

“If the mortician had contacted the said officer, the officer would have informed the DPO.

“Also, if it is true, the hospital should have written to the police immediately, indicating that the corpse has an ID card. So, I do not think that report is true.”

Effort by THE WHISTLER to meet the police officer who deposited the corpse was unsuccessful, as his colleagues at the Utako police division appeared to shield him.

YOU MAY ALSO LIKE:   Just In: Chelsea midfielder Kante tests positive for coronavirus

Josephine Adeh, the FCT police command spokesperson, did not respond to our correspondent’s request for comment on the procedure for reporting such cases to the police.

But a senior officer at the force headquarters told this website that, “Sudden and Unnatural Death (SUD) cases do not necessarily require special procedures for reporting.”

YOU MAY ALSO LIKE:   Police Interrogate Malami Over Siege On Justice Mary Odili’s Home

The officer, who didn’t want his named mentioned said, “If and when a corpse is discovered, reports should be made promptly to the nearest police station in whose jurisdiction the body is found, they will know what actions to take, or you can put a call across to the command control room to report the discovery.”