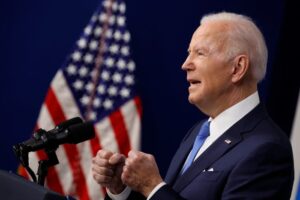 The United States has revealed Ukraine’s strategy in the ongoing crisis rocking the country.
According to the US Secretary of State Antony Blinken, Ukrainians are ensuring continuity of government one way or another” should President Volodymyr Zelensky gets killed in the conflict with Russia.

He said this in an interview with CBS’ “Face the Nation.”

YOU MAY ALSO LIKE:   One Officer Killed in Fresh Gunmen Attack on Police Station In Ebonyi

Blinken praised Zelensky for his tenacity during this dire period.

According to him: “The Ukrainians have plans in place that I am not going to talk about or get into any detail about to make sure that there is continuity of government one way or another, and I am going to leave it at that.

“The leadership that President Zelensky has shown, the entire government has shown is remarkable, they have been the embodiment of these incredibly brave Ukrainian people.”