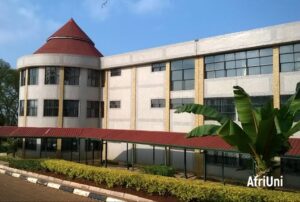 There is palpable tension at the main campus of the Federal University of Technology, Minna, Niger State, as suspected bandits attacked the institution on Wednesday night.

Several students of the institution confirmed to THE WHISTLER that they heard gunshots in front of the school gate at about 11:30 PM on Wednesday.

YOU MAY ALSO LIKE:   BIZARRE: Lightning kills 36 cows on Ondo ‘sacred mountain’

Several other sources claimed that one of the trading stalls in front of the school was also robbed and at least one person kidnapped, a claim THE WHISTLER could not independently verify as at the time of filing this report.

“There is a security challenge at the FUT Minna Gidan Kwano campus, we urge all our students to be in their respective lodges and stay calm,” he said in a voice note obtained by our correspondent.

The attack came after suspected bandits attacked and abducted six persons at the senior staff quarters of the University of Abuja on November 2, 2021.

Previous Shocking! Pastor Strangles His Wife To Death In Rivers State
Next BREAKING: I Won’t Fold My Arms And Watch Governors Transfer Their Debts To FG – Malami