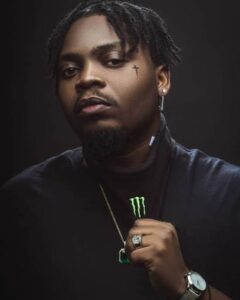 Nigerian singer and YBNL boss, Olamide has disclosed why he decided to sign his music act, Fireboy DML.

Olamide was quizzed about the reason he took Fireboy DML in to mentor him aside from signing him. He intimated that he could see that Fireboy was different with his style of music and deep appreciation for his songwriting ability.

“It’s the sound. Still today, for me, it’s still the same. There are so many young artists out there but they’re nothing compared to the kind of music Fireboy makes. It’s just way beyond his age. I think Fireboy is 57 years old [Fireboy laughs out loud]. He writes like an old man. He’s one of those few people that I learn from sometimes. Like, ‘what does this dude think about when he’s writing?’

In a chat with Speaking to OkayAfrica, Fireboy DML recounted his first encounter with Olamide. He explained that their first meeting was at a hotel and they built their relationship from there.”

“I remember. Because that was a big moment for me. I met him for the first time in person at a hotel in Lekki. We exchanged a few words — he’s a man of few words. But I think we started recording that same day, working on the album.”

YOU MAY ALSO LIKE:   ‘Why I’m Not Looking for A Man That Has Money’ – Singer Tiwa Savage Spills
Olamide Reveals Why I Signed Fireboy DML 2021-07-30
Oluwasegun Adesuyi
Share