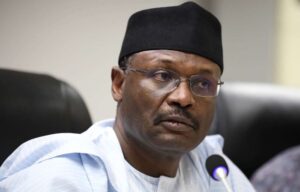 Nearly one million permanent voter cards belonging to Lagos State residents have been abandoned across offices of the Independent National Electoral Commission (INEC) in the state.

The event which was held on Wednesday in Lagos was jointly organized by the Nigerian Women Trust Fund (NWTF), the EU-Support Democratic Governance in Nigeria (EU-SDGN), and INEC.

Agbaje, while decrying the huge number of abandoned PVCs in Lagos, said old uncollected voter cards were 928,362 while new ones stood at 21,352 as of September 5, 2022.

“Permanent Voter Card (PVC) is the sole instrument required from the Voter to participate in an election, it is an important eligibility instrument for voting without which no citizen would be allowed to partake in an election.

“Meanwhile, the total number of uncollected New PVCs is 21,352 out of 34,242 received PVCs, while the rest of the new PVCs for the 2021/22 registration exercise is being awaited.

“The implication of this is that the commission is having a staggering number of PVCs that should be collected by the women and other eligible voters to enable them massively participate in the forthcoming 2033 general elections,” Agbaje said.

YOU MAY ALSO LIKE:   APC convention: Shittu Loses Out As Omisore, Kekemeke 11 Others Make South-West Unity List

He urged stakeholders such as the Nigerian Women Trust Fund under the Gender Election Watch (GEW) to help ensure the PVCs are collected before the 2023 elections.

Agbaje expressed worry over the low number of women flag-bearers in the forthcoming general elections.

YOU MAY ALSO LIKE:   Just In: Lagos Government Shut Down Ojodu Grammar School Until January 2022 After Truck Mishap