Home / cover / Edo 2020: Before You Cast That Vote Today by Olusegun Odulana-George

Edo 2020: Before You Cast That Vote Today by Olusegun Odulana-George 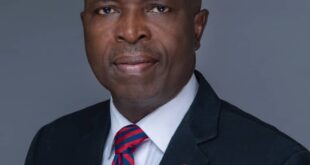 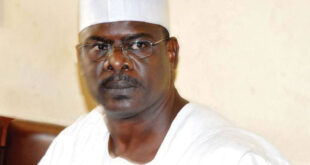 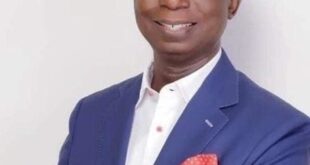 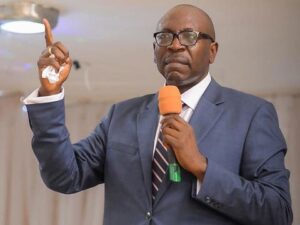 If ever a single snapshot told a complete story, the outcome of the Edo Governorship Debate organised by Channels TV last Sunday and capped by “The Conversation” by the Arise News Television a few days after, would have been enough to call today’s governorship election in Edo State a walkover for Pastor Osagie Ize-Iyamu of the All Progressive Congress, APC.

For the Peoples Democratic Party (PDP), what happened that night was a capitulation and repudiation of their otherwise unpopular candidate and his regressive policies as governor, and an embrace of Ize-Iyamu’s call for a change in the direction and total outlook of the state.

The debate provided a telling moment for Edo indigenes across the world to see through the bumbling governor as he struggled to articulate whatever achievements his administration had been vaunting about. He was at best, incoherent and at worst, unconvincing.

Worse, Obaseki failed two major moral tests. First, he claimed that a former governor of the state, Comrade Adams Oshiomhole, borrowed recklessly during his administration but conveniently forgetting that he was not just an integral member of the administration, he was also the Chief Economic Adviser to Oshiomhole. What irony! Edo people don’t want a liar as governor!

The second test he failed was when Ize-Iyamu challenged him on his A-Level result, which had emerged that he failed and therefore could only have gained admission into the University of Ibadan with a fake or falsified result. The people of Edo State, obviously, don’t want a governor with sordid and scant integrity.

More fundamental is that there is a fraud allegation albatross on the neck of the PDP candidate, which he has yet to resolve or respond to.

A foremost whistle-blower and anti-corruption crusader, Dr. George Uboh, chairman of George Uboh Whistleblowers Network (GUWN), claimed that they got bank statements from 2015 to 2019 on the Edo State Government showing misappropriation of billions of naira.

This, he claimed, included numerous transfers made into 8-digit account numbers; transfers from the state government to General-Purpose accounts in different banks, including but not limited to Equatorial Trust Bank (which is no longer in operation), Access Bank and Sterling Bank etc.

The allegation is hanging over his head like a sword of Damocles. Refusal to respond to the allegations is being interpreted – and rightly so too – across the state as Obaseki’s typical condescending attitude towards the people. They cannot bear such for another four years.

The APC is, however, not unmindful of the fact that debates or mere allegations of fraud don’t determine the outcome of elections. The character construct of a candidate and acceptability of his manifesto play a key role, which is where Ize-Iyamu is streets ahead of other contestants.

While Obaseki continues to move from one self-inflicted mishap to the other, everything that can go right for Ize-Iyamu is going well. He has campaigned well and widely too.

Ize-Iyamu’s populist appeal is predicated on many factors. He is a son of the soil in the truest sense of the word. He was born in Benin City, the state capital, to the family of Chief Robert Osayande Ize-Iyamu and Mrs. Magdalene Naghado Ize- Iyamu (née Obasohan), both of blessed memory. His father was a revered high chief of the Oba of Benin, ranking second in command until his demise as the Esogban of Benin.

He attended St. Joseph Primary School and Ebenezer Nursery and Primary School in Benin City, and had his secondary school education at Edo College, the premier secondary school in Edo State. He later attended the University of Benin, where he graduated with a degree in law. His law firm, Idahosa, Ahonaruogho & Ize-Iyamu (Solicitor & Advocates), has offices in Benin and Lagos but he has remained in the state.

A major advantage also is his political know-how and grassroots appeal. He was about 27 years old, when he was first appointed as a Special Assistant to the chairman of Oredo Local Government, Chief Lucky Igbinedion. When the latter became governor in 1999, he appointed Ize-Iyamu as Chief of Staff.

In Igbinedion’s second term, he served as Secretary to the State Government. While contributing to the development of the state in his official role, Ize-Iyamu was nurturing progressive and ambitious youths in the state through his I.O Farms Training Institute – a model farm settlement at Ugbor-Amagba communities in Benin City, which has produced hundreds of young agriculturists.

The institute has the triple objective of agricultural training, skills acquisition and youth empowerment, which is a veritable mechanism for the reduction of unemployment, youth restiveness and organised crime. If he could do this as a private citizen, the people know that he can do much more as a governor.

Also, Ize-Iyamu holds sacrosanct revered British economist, Alfred Marshall’s postulation that ‘The most valuable of all capital is that invested in human beings’, which is why he has promised that his administration would treat youth, sports, recreation and cultural activities as a business model for job and wealth creation opportunities.

According to him, “The purpose of government is the pursuance of happiness for the greater majority of the people,” and this is laid bare in his well-articulated manifesto of hope entitled ‘The SIMPLE Agenda’ – which stands for Security and Social Welfare, Infrastructure Development, Manpower Development, Public/Private Partnership, Leadership by Example and Employment Creation.

After consulting widely across the 18 local government areas of the state and thoroughly analysing the existential challenges of the people, the SIMPLE Agenda aims to launch Edo State on the path to sustainable prosperity and holistic development.

Like he said at the debate, the potential of Edo State is huge in terms of its ability to attract tourists, investments and quality jobs but the prevailing security situation in the state makes the realisation of this potential unrealistic and unattainable.

Thus, the first prong of the agenda is to build brand new security architecture with the creation of an emergency system like the 911 (the emergency contact number of the United States of America) to address insecurity in the state.

He says, “Community policing programme involving neighbourhood watch and vigilante groups will be established in rural and urban areas. Their main responsibility will be to monitor and gather intelligence for the different security agencies in their domains.”

In the area of social welfare, Ize-Iyamu says among other plans like free healthcare for the elderly, pregnant women and children below the age of five, policies that will protect widows and children of a deceased person from harassment and intimidation will be initiated and enforced. Under such policies, provisions will be made to ensure that widows and children have easier access to the estate, pension and other assets or benefits of their deceased.

The people also appreciate that Ize-Iyamu understands that the development of a state or country depends wholly on the availability of infrastructural facilities – both social and economic – an area, where Obaseki failed spectacularly.

Infrastructure plays a vital role in the improvement of a people’s standard of living and in contributing to a higher rate of socio-economic growth while their absence or degeneration negates development. And, in the SIMPLE Agenda, the APC candidate’s plans for infrastructure development and urban renewal are well articulated.

As part of the comprehensive plans to revamp, reform and restore the ailing health care sector, Ize-Iyamu assures the people that more attention will be paid to the primary healthcare centres and cottage hospitals while a harmonisation of Federal, State and Local Government health care plans and the incorporation of the National Strategic Health Development Plan (NSHDP), will be implemented.

She joined the University of Benin Teaching Hospital (UBTH) as a lecturer in 1997 and has served in various capacities in the institution. She became an Associate Professor of Orthodontics in 2014 and is a Fellow of the West African College of Surgeons. She also attended the Oxford University, United Kingdom, on a Commonwealth Medical Fellowship in 2016.

When it comes to the wellbeing of the people, Prof Idia will not just be an appendage of government; she would add value as an academic, a mother, an indigene and a medical practitioner.

Noteworthy is that her riveting message: that the improved lives of women and girls in the state and the world at large will lead to stronger and safer economies, is proving to be transformational and catching up with the women and the youth demographics. She complements her husband and will no doubt make an ideal First Lady.

Therefore, as you go out to cast that life-changing vote today, it is trite that as one, who desires change in every facet of the state, you would consider your future and those of your family members and everyone around you and desist from selling your votes, but rather make an informed choice in collective interest. With that one vote with you, the future of Edo is in your hand. Do justice to the choice you make today for a future you desire.

Previous COAS, Buratai Defends Buhari In Osun
Next Innovations, Disruptions Will Continue To Define Future Of Banking In Nigeria – Akinwuntan 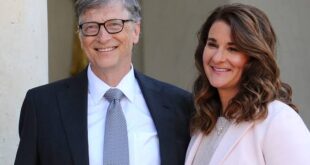 Billionaire philanthropists Bill and Melinda Gates will pay off $76 million of Nigeria’s debt through ...