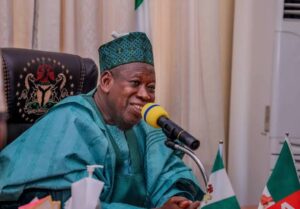 Five Commissioners have resigned their positions in Kano State in preparation for contesting various political offices in the 2023 general elections.

The Director-General of the Kano Hisbah board has also resigned from his position.

Naija News understands their resignations are based on the deadline issued by the state governor, Abdullahi Ganduje for all political appointees interested in contesting elective offices in 2023 to turn in their resignation letters latest by Monday, 18th April, 2022.

According to Ganduje, the directive is in compliance with Section 84 (12) of the newly amended Electoral Act.

Following the Governor’s directive, six commissioners have so far resigned while some other appointees may still submit their resignation letters before the deadline.

Meanwhile, former Governor of Zamfara State, Alhaji Abdulaziz Yari, has ahead of the 2023 general elections, dumped the All Progressive Congress (APC) for the opposition Peoples Democratic Party (PDP).

YOU MAY ALSO LIKE:   Tragedy As Two Nigerian Friends Drown In Malta Sea

The development was confirmed to newsmen in an announcement by PDP Chairman in the State, Rt Colonel Bala Mande.

Speaking briefly after a stakeholders’ meeting in Gusau, the state capital today, Col. Bala Mande said they had sat down and finalized the issue of the defection of the duo.

According to him, Yari and Marafa have agreed to work for the development of the party at all levels.