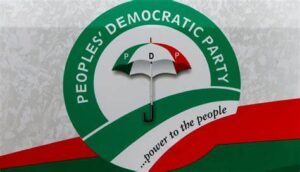 Nigeria’s main opposition party, the Peoples Democratic Party has announced the commencement of screening of individuals interested in various offices in the 2021 National Convention of the party.

PDP in a statement released on Tuesday night confirmed that the screening exercise will commence on Wednesday, October 20, 2021, at the Legacy House, Maitama, Abuja.

The Chairman, Screening Sub-Committee of the party, Mohammed Adoke Bello, SAN, revealed in the statement that the exercise will start with a media chat at 10 am.

The screening proper according to Bello is to commence at 12 noon and the appearance schedule will be on “first-come, first-served,” he noted.

The chairman admonished aspirants to come along with the originals of their academic credentials and other vital documents for sighting.

He noted further that aspirants, including critical stakeholders and party members, are guided by this accordingly.

Meanwhile, as the 2023 presidential election draws near indications have emerged that the ruling All Progressives Congress, APC, is working to prevent an internal crisis over who gets its presidential ticket.

It was gathered that the party is working on selecting a consensus arrangement to pick its candidate as stalwarts of the APC are already reaching out to members nursing ambition to succeed President Muhammadu Buhari on the need to close ranks.

YOU MAY ALSO LIKE:   Sanwo-Olu Appoints New LASTMA General Manager

Top party chieftains have told PUNCH that a crowded presidential primary may breed bad blood and threaten the chances of the party in 2023.

To this end, it was gathered that Vice President Yemi Osinbajo is set to meet with the National Leader of the APC, Asiwaju Bola Ahmed Tinubu.

Previous Drama As Sanwo-Olu Supports ‘Bad’ Artist To Promote Art In Lagos
Next #EndSARS Anniversary: Shagari Tells Youths What To Do