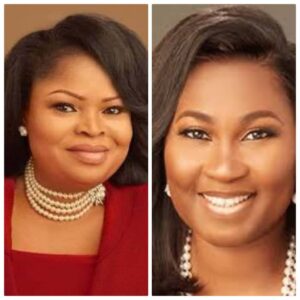 The Office of Senior Special Assistant to the President on Sustainable Development Goals (OSSAP-SDGs) is currently under the radar of the Economic and Financial Crime Commission (EFCC) over an alleged fraud running into millions of naira involving collusion of government officials with private contractors to defraud Nigerian government.

The EFCC, acting on a petition written to the anti graft agency by the Anti Corruption Advocacy International (AAI), a Non Governmental organization (NGO), alleged that fraudulent transactions were carried out by the OSSAP-SDGS through double payment to a contractor for the same contract with the same narration of the same project at Aliyu Mustapha Primary School, Yola, Adamawa State.

YOU MAY ALSO LIKE:   Resilient Liverpool come from behind To Trash Old Rival AC Milan 3-2 At Anfield

The EFCC, which had since swung into action to determine the level of involvement of the officials at the OSSAP-SDGs in the fraud, was said to have invited Mrs Adejoke Orelope-Adefulire, who is the Senior Special Assistant (SSA) to the President heading the SDGs for questioning last week where she was drilled for couples of hours. She was ordered for another round of questioning on Wednesday

It was gathered that some senior officials who might be culpable in the alleged fraud are also being questioned. Senior Directors in the Accounts and Finance Department as well as Special Project Unit (SPU) who were in the known and are in charge of processing of contracts at the OSSAP-SDGs may be invited for questioning by the EFCC.

According to the AAI’s petition dated 20 September, 2022, received and acknowledged by the EFCC the following day, the contractor, “Exceed Klass Nigeria limited, registered in May July, 2018 with RC Number 1508363 with accounts number 6546654010 at FCMB was given the job to construct 3 nos of 6 classroom blocks with VIP toilets at Aliyu Mustapha Primary School, Yola, Adamawa State with contract sum of One Hundred and Five million four Hundred and thirty Nine thousand, Nine hundred and twenty One Naira,Seventy five kobo (N105,439,921.75).”
The AAI says on 24 December 2020, OSSAP-SDGs paid the sum of N105,439,921.75 to Exceed Klass Nigeria Limited, and just 19 days after, which was on 13 January 2021, another same N105.439,921.75 payment was paid by OSSAP-SDGs to the same contractor through Remita Payment Platform.

“it is an indisputable fact this alleged fraud was carefully planned and executed by these perpetrators within the OSSAP-SDGs,” the anti graft crusader informed the EFCC in the petition.

The President of AAI, Victor Chinasa said: “The OSSAP-SDGs has been embroiled in various corruption cases since 2020 and only God knows when it will stop unless government of President Muhammadu Buhari orders for special investigation of the finances of the Office and dissolved the entire management of the OSSAP-SDGs if truly the President really wants to fight corruption in the country.

“OSSAP-SDGs has turned to be a den of corruption.”